A conversation with Andrea Salus: from the banks of Lake Michigan

“Everyone is so focused on their ‘now’ and not always thinking about the environment, which is longer term… So, we need to be better at looking after it. We need to think about everyone else, and not just ourselves.”

Andrea grew up in Milwaukee, on the banks of Lake Michigan, one of the five Great Lakes of North America. Milwaukee is surrounded by water, lying along the confluence of three rivers: the Menomonee, the Kinnickinnic, and the Milwaukee. Smaller rivers, such as the Root River and Lincoln Creek, also flow through the city. Andrea credits growing up in this environment to her early decision to study Environmental Engineering and Geology at Northwestern University in Chicago.

“We would often go down to the lake in the summer with friends, but even in the winter we’d be down there doing the polar plunge each New Year’s Day. My mum was also big about always getting us outside and picking up bugs and climbing trees, so that definitely influenced my decision to study it.”

After graduating, Andrea worked with an environmental consultancy in Milwaukee. She investigated and cleaned up spills, detritus and contamination in the surrounding lakes and rivers, preferring to spend time in the field, in the natural environment, rather than behind a desk. During her time at the consultancy, she found herself gravitating toward the practical aspects of water resource management.

“I’m really passionate about health and being proactive, and actually doing things … most of the work I was doing at the environmental consultancy was more back-end work – I was always cleaning up messes that had already been made, so I wanted to be to get into preventing these things from happening in the first place.” 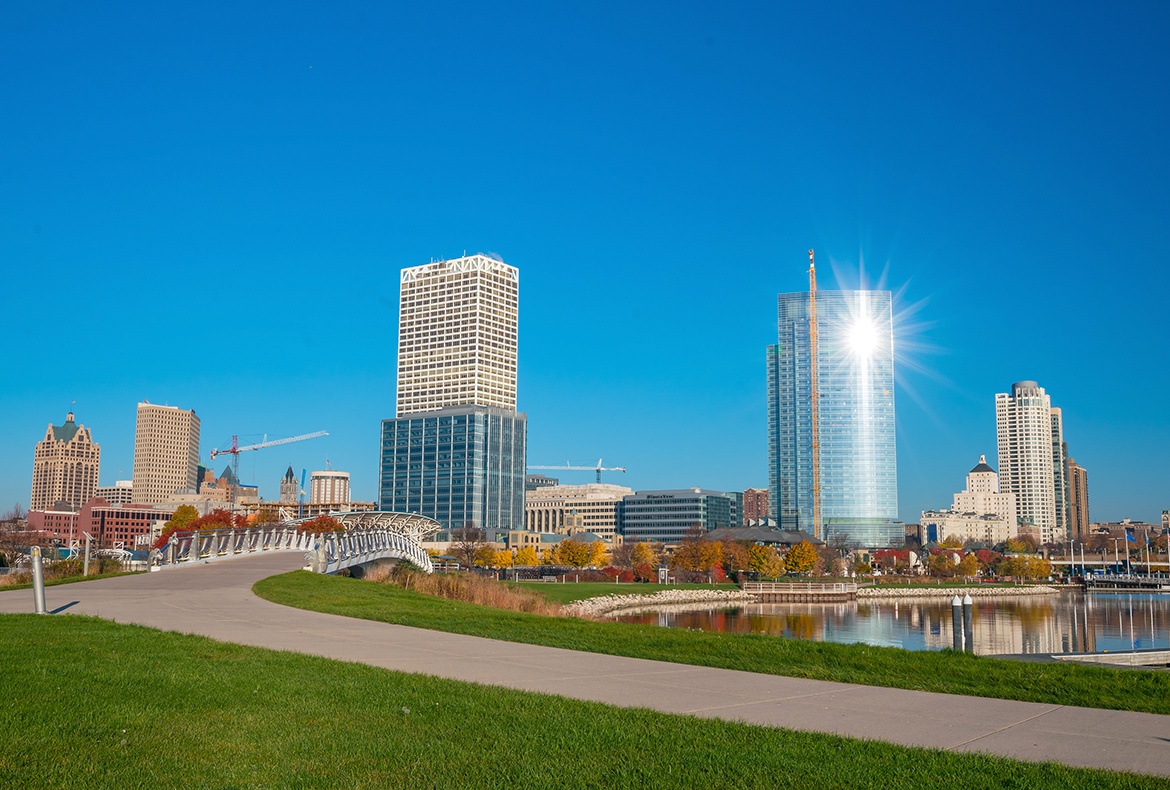 Andrea believes that working on the front-line is the best way to understand the many different aspects of environmental conservation. Her goal is to become a liaison between stakeholders, to balance the often-competing science and economic sides of water management – something she frequently experienced during her time with the environmental consultancy.

“We’d be trying to clean up a site and the Environmental Protection Agency wants one thing, the client wants another, and the person who owns a house near the site wants something else. So being able to bring everyone’s needs together so that you can get things done successfully and sustainable without it being becoming a detriment somewhere else, can be very difficult.”

With a goal of pivoting her career towards the water sector, Andrea has begun studying the Masters of Integrated Water Management in order to gain an assortment of skills and knowledge relating to water management.

“What form this will take as part of my career, I’m not really sure yet. I’d love to work abroad, but I’m also aware that the US could use an integrated water management approach. So, I look forward to seeing where this will take me.”

Andrea Salus is a current Master of Integrated Water Management student at the International WaterCentre.

About the author: Dahna Morrisson writes as a correspondent for the International WaterCentre, charged with exploring water challenges and the ways these challenges are managed around the world.