Ethical leadership: is there a crisis?

From a Royal Commission into our banking and financial system to a ball tampering scandal involving our National cricket team, the last few years have seen many high-profile examples of unethical leadership. Does this represent a crisis with respect to ethical leadership, or just a few isolated examples? Is the situation improving, getting worse or staying the same? Should we be worried? Could I, as a leadership development specialist, do more to encourage developing leaders to make ethical leadership a central part of their ‘leadership signature’?

I’ve recently come to the view, albeit reluctantly, that there is a ‘crisis’ concerning ethical leadership in the society in which I live.

In this article I aim to:

Over the last few years, a number of case studies have caught my attention where there has been a lack of ethical behaviour by people playing leadership roles, and those aspiring to be leaders. While some isolated cases are to be expected, what has troubled me is:

In my home country of Australia, over the last two years we have seen three Royal Commissions expose unethical practices and a failure of ethical leadership. For example, the Royal Commission into Misconduct in the Banking, Superannuation and Financial Services Industry identified “serious misconduct in the banks, including fraud and bribery” (Robinson, 2018, p. 1). The commission concluded that the primary reason for widespread misconduct in the industry was “greed – the pursuit of such short-term profit at the expense of basic standards of honesty” (RCMBSFSI, 2018, p. 1). In some cases, such misconduct extended to the boardroom (Robertson, 2018).

In Australia, the Royal Commission into Institutional Responses to Child Sexual Abuse discovered and documented widespread, systemic failures of leadership, culture and governance to protect the wellbeing of children. These failures extended not only those organisations who had primary responsibility for the care of children, but those agencies who were responsible for investigating allegations of abuse. The scale and impact of the damage caused from these failures has been massive. To illustrate, just on the topic of abuse in Australian religious institutions, the Commission heard from 4,000 survivors who reported abuse occurring in 1,691 different religious institutions. Disturbingly, the Commission found that “the perpetrators we heard about in private sessions held various positions in religious institutions, but most held positions of leadership or authority” (RCIRCSA, 2017, p. 47).

As someone who spends much of my time working in the water sector, I also took an interest in the South Australian Murray Darling Basin Royal Commission, which aimed to explore the way water is managed in the iconic Murray Darling Basin. Water flowing through this enormous catchment (1 million km2) is the ‘lifeblood’ of numerous country towns, rural industries, unique ecosystems, and important indigenous cultural values. Among its findings, the Commission found “Commonwealth officials committed gross maladministration, negligence and unlawful actions in drawing up the multi-billion-dollar deal to save Australia’s largest river system” (McCarthy et al., 2019, p.1). One of the triggers for this commission was the resignation of New South Wales’ most senior water bureaucrat shortly after he was the focus of corruption allegations in an ABC Four Corners investigation on the Murray-Darling Basin (ABC, 2017). 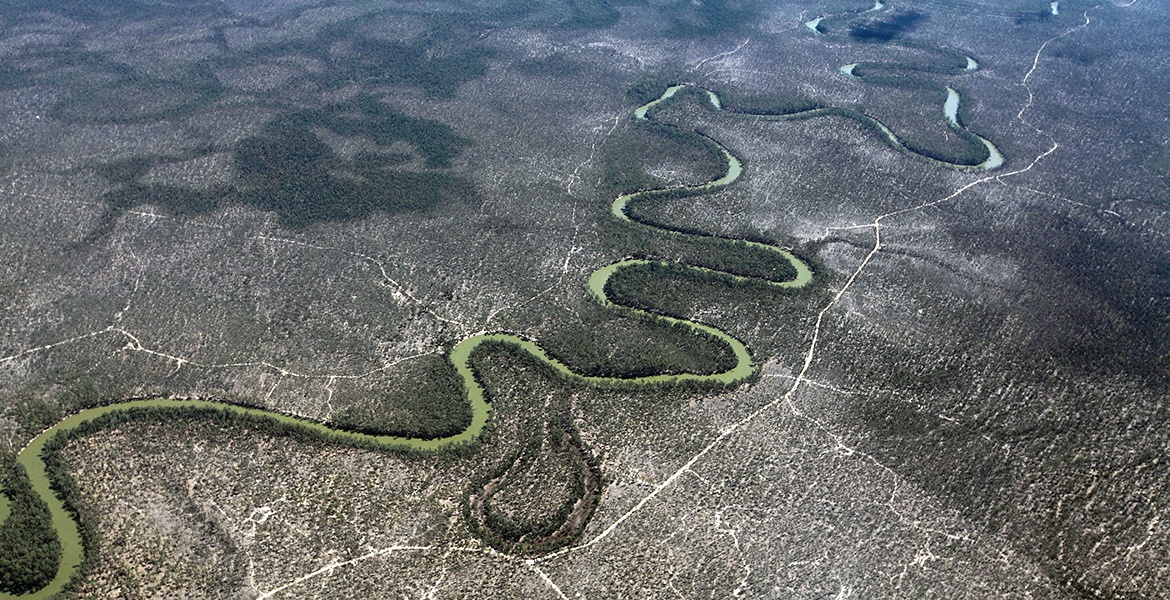 One of the reasons the findings of these three Royal Commissions are so significant to me is that the organisations displaying a failure of ethical leadership were organisations with missions and values that focused on serving customers and the broader community, protecting children, protecting the health of the Murray Darling Basin and its people. How is it possible for such organisations to lose their way? Dr Simon Longstaff, Executive Director of the Ethics Centre reminds us that “people are inherently good” … but they “are susceptible to the greater threat of unthinking custom and practice. And this must change.” (AGSM, 2019, p. 2). Dr Longstaff convincingly argues for the need to create organisational cultures that normalise reflective practice to encourage people to remind themselves of their purpose, values and principles, question the status quo, and breaking the cycle of going with the flow (AGSM, 2019).

As a university educator, I have also been alert to the issue of ‘contract cheating’ within our major universities (see Main, 2019). The Australian Financial Review, in a 2019 interview with Dr Tracey Bretag from the University of South Australia, reported that organised “cheating services have expanded at an alarming rate across university campuses and the thriving industry has prompted the federal education department to crackdown on businesses offering to help tertiary students cheat on their exams and assignments” (Main, 2019, p. 1). What troubles me the most about this example of widespread unethical behaviour is that it involves our future leaders.

I started to think that maybe Australia is a statistical anomaly, but international examples of unethical leadership are not hard to find. For example, in 2016, we learnt that it was possible to be democratically elected to arguably the most powerful political leadership role in the world after voters learned of a 2005 Access Hollywood tape in which Mr Trump reportedly talked about fame enabling him to sexually assault women (ABC, 2016). In 2019, we also learnt that it is possible to remain relatively popular as a US President despite the Washington Post documenting more than 10,000 reportedly false or misleading claims by the President (Kessler et al., 2019).

I believe there are three principal reasons why the current situation is unacceptable.

Second, the situation doesn’t appear to be getting significantly better in Australia. Leaders in our finance industry, for example, have never been more educated or better remunerated, yet the Royal Commission into Misconduct in the Banking, Superannuation and Financial Services Industry revealed widespread instances of unethical behaviour, irresponsible leadership, and toxic organisational cultures that put profit ahead of people. Although there has been a slight increase in the last 12 months in the level of trust in institutions across Australia as measured by the annual Edelman Trust Barometer, average levels of trust remain low and below 50%. Specifically, in 2019, the Edelman Trust Barometer asked 1,150 people from across Australia in 2019 whether they trusted a variety of institutions (e.g. government, business, traditional media, social media, etc.) to “do what is right”, and found that the average trust level was only 48% (Bailey, 2019). Dr Simon Longstaff reminds us that building trust is not particularly challenging. Organisations and their leaders need to simply declare “this is who we are and this is what we stand for, and act in a manner that is consistent with that” (AGSM, 2019, p. 2).

Third, the need for ethical leadership is going to increase in future years given macro trends affecting our society. In the foreseeable future, leaders in most sectors will be faced with complexity, rapid change, intense competition, globalisation, disruption, and new technology. In this environment leaders will need to carefully and skilfully navigate ethical dilemmas around challenging issues such as artificial intelligence, managing people’s private data, robotics and genetic engineering to name a few. As such, we have much work to do in bridging the gap between current practice and the capacity we will need in the foreseeable future with respect to ethical leadership. 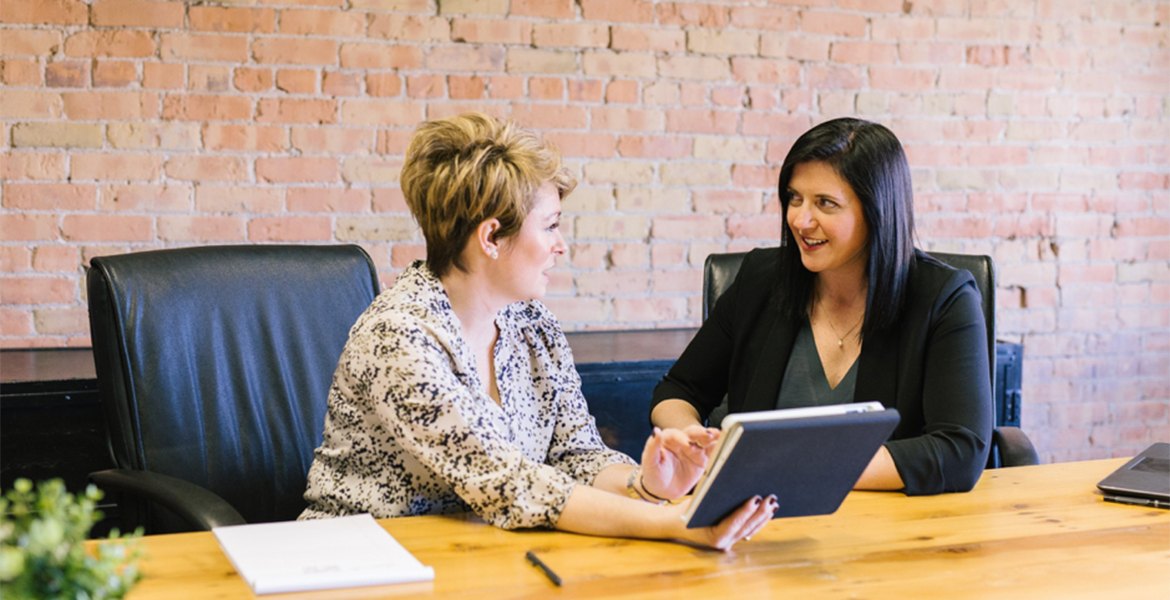 What I mean by ‘ethical leadership’

We can define ‘leadership’ as a process of influence that delivers direction (i.e. a shared understanding of common goals and strategy), alignment of activities and resources towards that direction, and a personal commitment to collective success (McCauley, 2014). From this perspective leadership is typically a group-based process, and is not limited to people in positions of authority (position power). Note that most modern definitions of leadership are amoral, meaning they accept that people can engage in responsible or destructive leadership.

Somewhat surprisingly, theoretical research on ethical leadership has lagged behind other aspects of leadership and is still relatively limited (Brown et al., 2005; Cuilla, 1998; Northouse, 2018). After a review of the available literature, Brown and Trevino (2006) concluded that ethical leaders are “honest, caring and principled individuals who make fair and balanced decisions. Ethical leaders also frequently communicate with their followers about ethics, set clear ethical standards and use rewards and punishments to see those standards are followed. Finally, ethical leaders do not just talk a good game – they practice what they preach and are proactive role models for ethical conduct.” (p. 597). 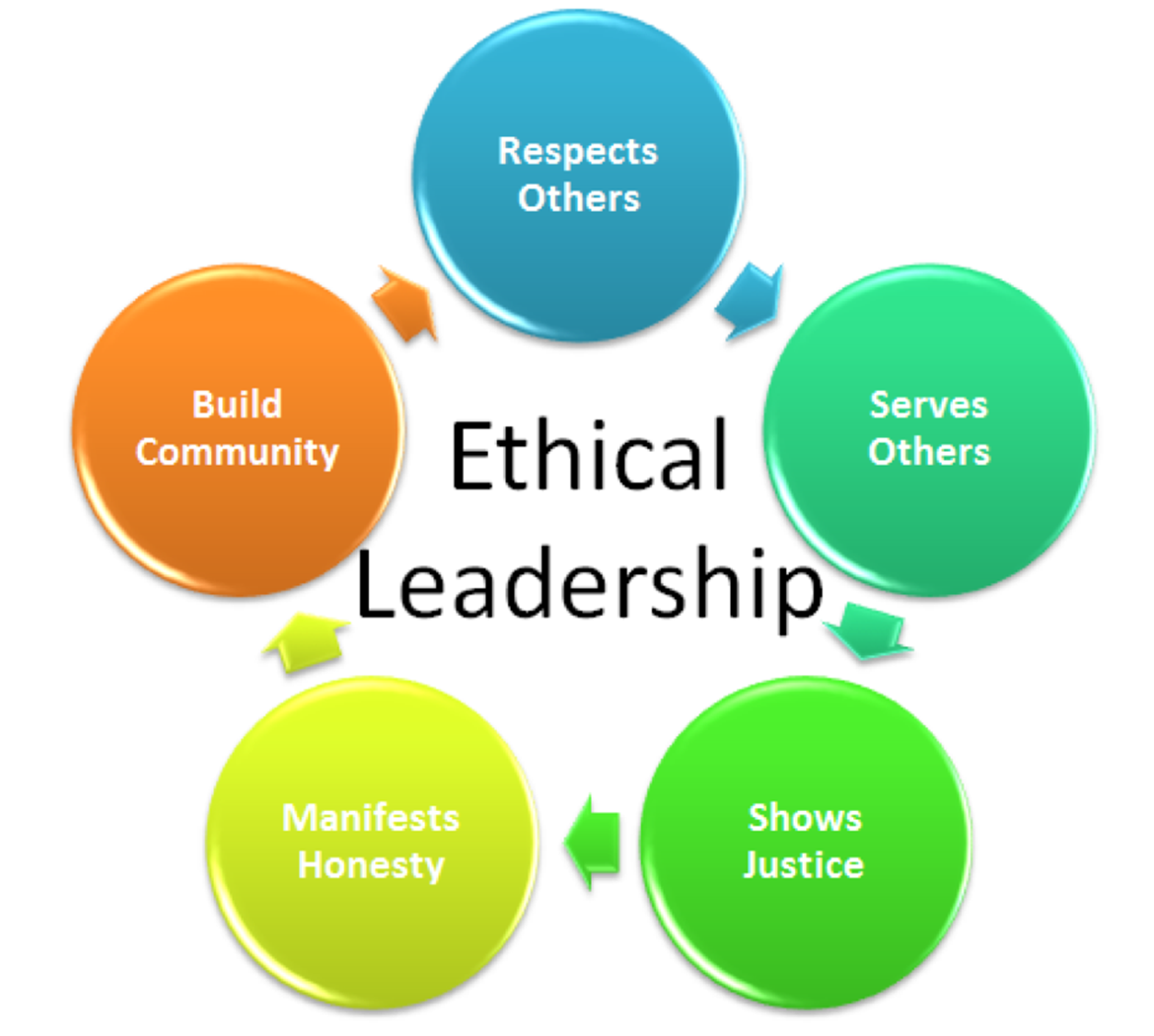 Example: a leader who genuinely consults with people before making a decision that may affect them.

Example: a leader who builds a shared vision for an initiative not by selling their own view, but by first undertaking a ‘listening tour’ to identify what their constituents need and value.

Example: a leader who acknowledges that they made a mistake and takes responsibility for it.

Example: a leader who sees an opportunity to address a local problem that affects them directly by solving a larger, broader social problem, and collaborates with other leaders to create an initiative that serves the broader community.

Where to from here?

The first step in addressing a problem is to acknowledge that one exists. Hopefully this article contributes, in a small way, to that process.

In terms of promoting ethical behaviour and leadership by others, we each have opportunities within our spheres of influence. In particular, leaders with significant power (e.g. executives, thought leaders and mentors) can model the way for others. Executive leaders can shape organisational culture to promote ethical thinking, ethical behaviour and reflective practice. Leaders who engage in education and coaching can help developing leaders to ensure that ethical leadership is central to their developmental vision, and they build their capacity to identify ethical dilemmas, engage in ethical thinking, deeply reflect and apply the five principles of ethical leadership.

We have much work to do, and much is at stake. I urge all my colleagues who are involved in leadership development as role models, educators, mentors and coaches to create space for discussions, reflection and learning about ethical leadership. Together, we share a precious opportunity to help leaders to grow their capacity to influence others while ensuring they also have a strong personal commitment to ethical thinking and practice.

Dr André Taylor is the International WaterCentre’s Leadership Specialist and Program Coordinator for the Water Leadership Program. He teaches Masters students at several Australian universities, works closely with business, sustainability and water leaders, and manages his own consulting business. This article originally appeared on LinkedIn at https://www.linkedin.com/pulse/ethical-leadership-crisis-andre-taylor/